Looking for a Brittany with a great balance of play and snuggle time? Then Tucker may be the right dog for you! He has been living with a very active Brittany female in his foster home and has adjusted to these changes really well. He prefers to be near his humans, but his Brittany friend is a good substitute when they are outside. Tucker loves all the toys in the house, but the softies won't last long without supervision. He shows some innate hunting tendencies, especially for birds. He plays hard but also rests really well. He will always prefer to be sleeping next to the humans but sleeps through the night in his kennel just fine.
Healthy and Ready to be Adopted

Tucker is fully vetted and is negative on all blood and fecal parasites. He has made a great transition to adult food, although he is not terribly food motivated. He can sit on command (sometimes needs a reminder), and we have begun working on the lay command. He is learning to walk on leash with a gentle leader and is making great progress. He loves his water, especially the frozen, crunchy kind!
Tucker's History

Tucker was an owner surrender to our rescue. His first owner bought him on an impulse at a FL pet store. After two months, his young owner wasn't able to care for him the way he needed, so a friend offered to take him. He spent the next 7 months with his 2nd owner who felt that he needed a better life than being crated for 9 hours a day due to he demanding work schedule. We were happy to take him into our rescue. Tucker was loved and cared for by both owners, but neither home had any Brittany experience. We want to find Tucker a Forever Home with an experienced Brittany or Sporting dog breed. 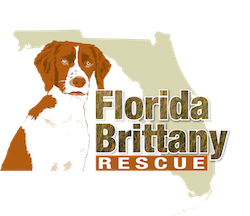 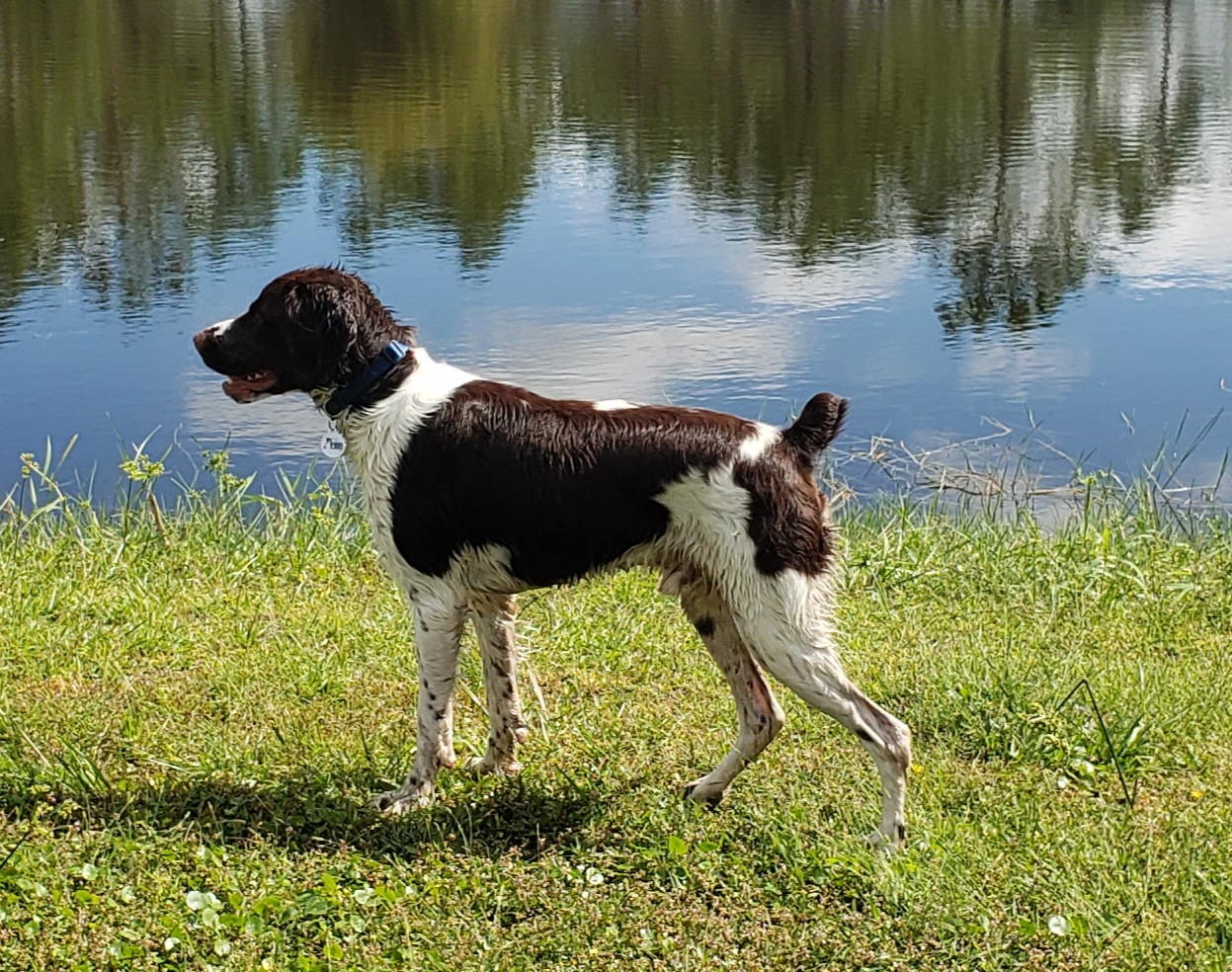 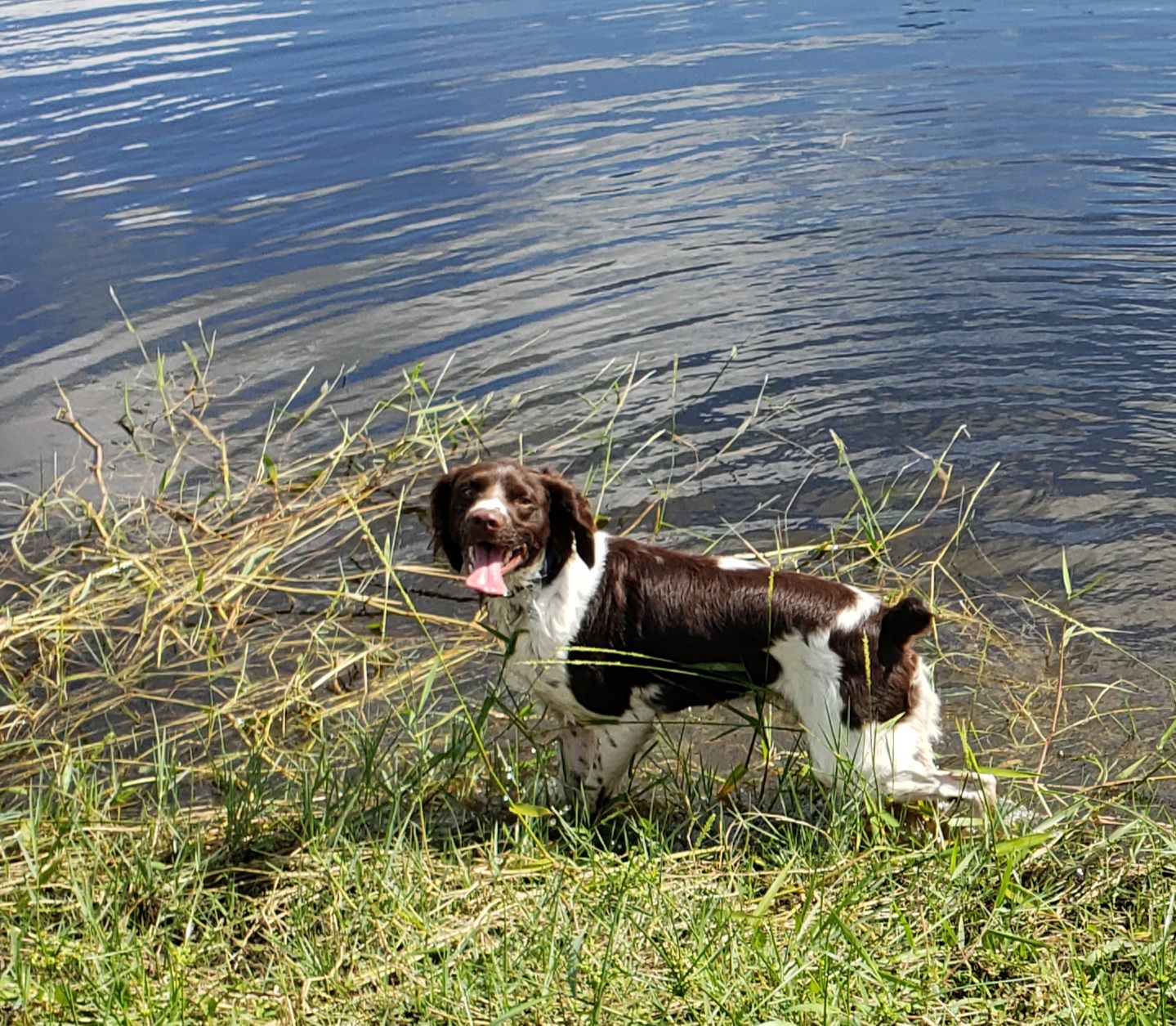 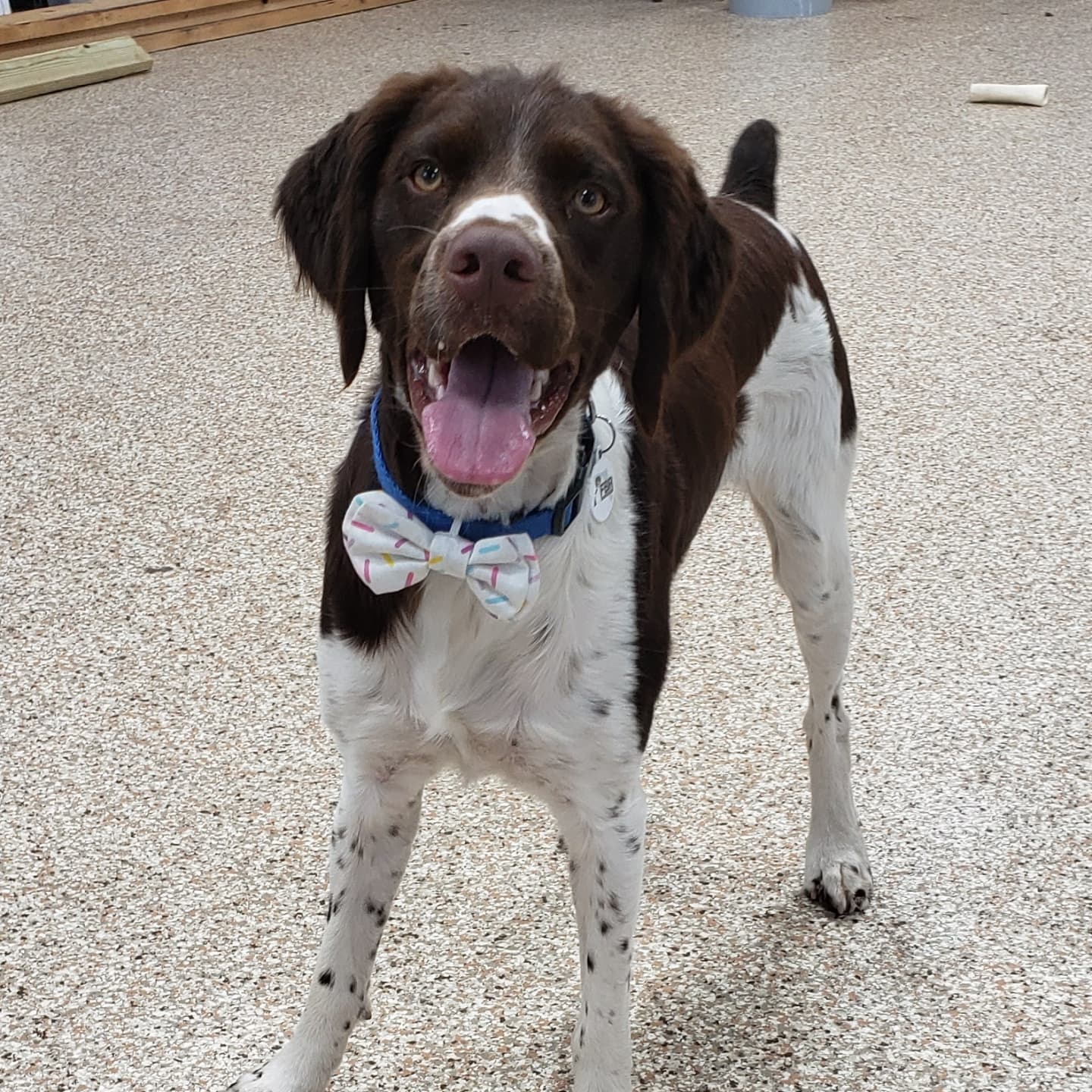 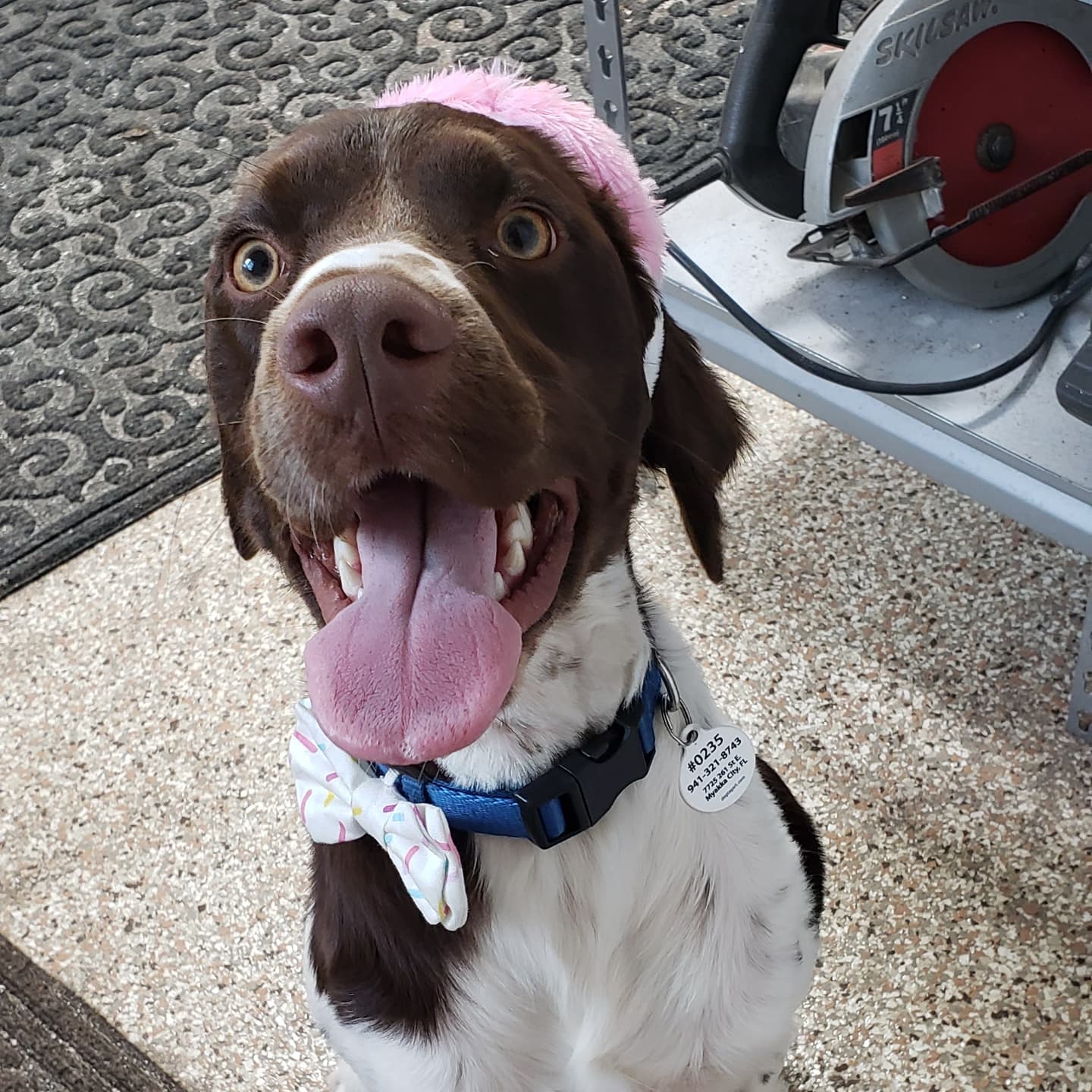